CoolThingsToBuy.net – A Place To Shop For Family & Friends 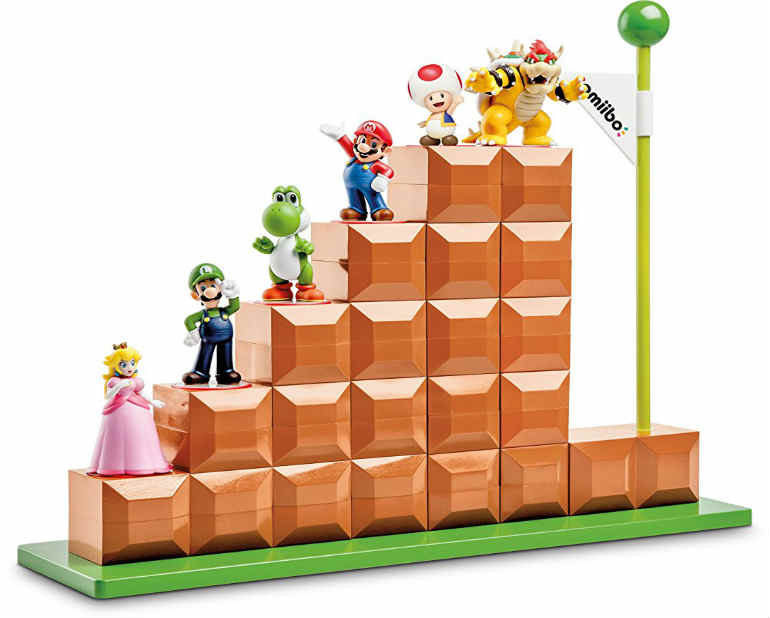 We bought this Amiibo End Level Display Stand online as a Christmas present for my son last year. He loves it and is putting all of his Amiibo on it.

This display stand is very neat and cute as well. It can hold up to six Amiibo figures. We have more than 6 Amiibo figures. That is because my sons got more of them for Christmas.

I might have to get him another one of these or another style of display stand for him to hold all of them. It does look pretty nice and makes it easy to find them for playing when they are on the stand.

From seeing the picture on the left the only Amiibo we don’t have is Princess Peach, Bowser and Toad.

I don’t think my kids like Bowser that much since he is the bad guy and Princess Peach is for girls. We have two Mario, two Yoshi, Pacman, Luigi, Marth, Link, and Wolf Link. Maybe I will add Zelda to the collection since I want to play the HD Twilight princess again on the WII U system.

Just to let you know, the display stand does not comes with the Amiibo figures when you buy it. It’s only the stand. You would have to buy each one of them separately.

The stand is super simple to put together. Even my son knows how to do it. It is not heavy at all when I try to move it to put it in a different place. It is pretty sturdy to me.

This stand looks exactly like the Mario game when he finishes that level where he has to jump past the flag to get the points. The only thing missing is the Castle that he has to enter for the next level. Most of the kids will love this end level stand if they like playing the Mario games.

This stand consists of 22 blocks with the measurement of 15 inches tall and 18 inches wide. This makes a great gift for someone who likes playing Mario games and collecting Amiibo figures. If you are out of ideas for gifts, it is a good choice.

If you like take a look at the following Amiibo display stand video.

Light Up Umbrella With 7 Changing Colors

Artificial Christmas Trees Made In USA